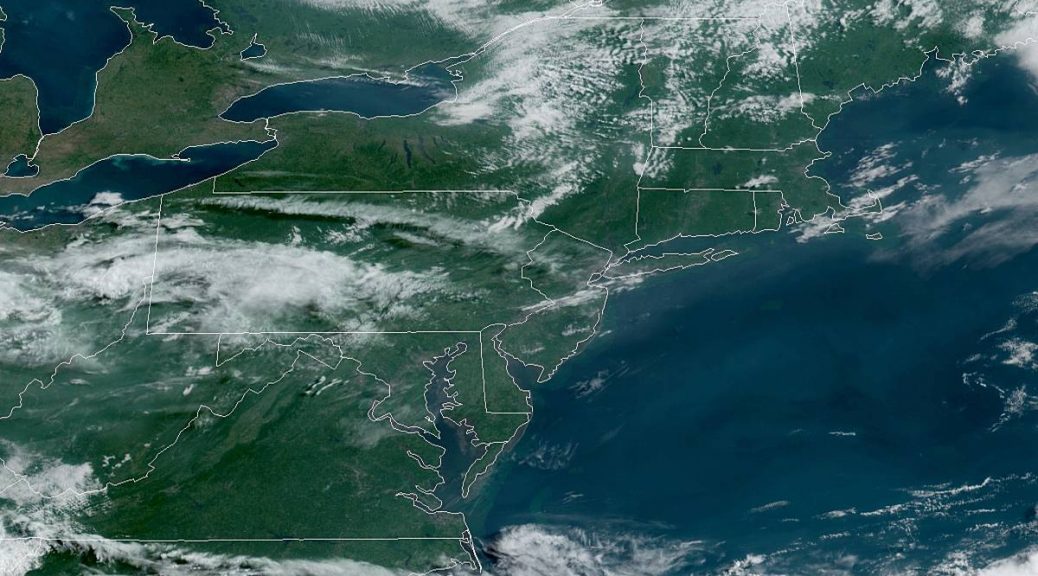 I’m a big fan of NOAA in general but I’ve fallen in love with the real time imagery available from their GOES-16 satellite.  Weather nerds are all over this stuff but I don’t think the general public has any idea this space imagery exists.

There are a few accessible points for the imagery, notably NOAA’s GOES site or the RAMMB SLIDER, but I wanted something that would make the imagery a little more immediate.    I decided a Twitter bot would be the perfect tool to create animated satellite loops and then push them out to be seen by the world.

Originally built for an audience of 1 (myself), I was free to experiment and tweak the outputs to my liking.  I focused on the north east US so I could have an hourly view of clouds in my area.

The bot has exceeded my expectations and it’s become a great tool that I check multiple times a day.  It’s a great for tracking weather patterns and storms but I really just love watching clouds.  I hope that this bot provides the same wonder and curiosity that it provides me.

Thanks to  NOAA and everyone involved with GOES!

Q:  Can you cover different regions?
A: Probably, I’m considering expanding to cover new areas.  Message me on Twitter.

Q:  Why do you use the geocolor output?
A:  I think it’s visually the most appealing and I’m targeting a broad audience here, not just weather nerds.  I don’t like the geocolor night time output though.  If you really want a different band, message me on Twitter, I’m curious to hear what you want.

Q:  Why do your animated loops have low resolution?
A:  I think the resolution is a good compromise between usability and Twitter’s video compression.  It took some tweaking to get a good output, a really high quality output  will get heavily compressed by Twitter and result in a worse animation.